So you finally get to play that huge Warlord game you've been talking about for months! Now, how to fill out that huge roster? I find it very easy to field three or four of the same non-unique sergeant in the same fighting company in large games. If you are like me, using multiples of the same character model is second in sin only to fielding them unpainted. Fortunately, I find conversion easier than painting, and so attacked the task of differentiating these sergeants from each other with all the gusto of a ferret with both power tools and a sugar-high.

The minis were painted to the loving standard of "I have HOW many minis to paint by WHEN?" Here you see the results ready to kick over their enemies, jump up and down on their spines, and/or run off with their wallets.

Notice how similarly each model is painted. With a little conversion, you can make distinct models even with the same uniforms, and even if you're a formulaic painting hack like me.
You can also do this with unique sergeants. Simple head and weapon swaps give you three distinct Sirs Malcolm, but this would be most appropriate when an alliance of at least three Crusader players takes the field and each of them fields one. 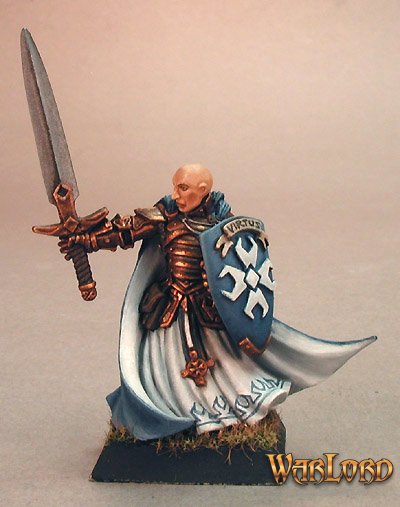 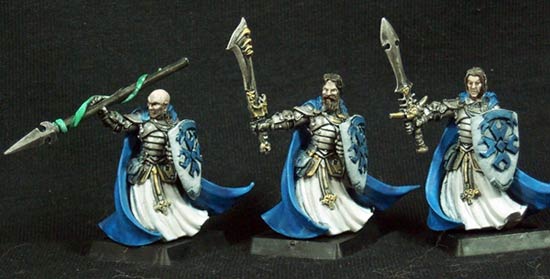 For more information on how to do the weapon swaps, see the article on Reaper's site entitled "When the Quartermaster Just Doesn't Understand You".